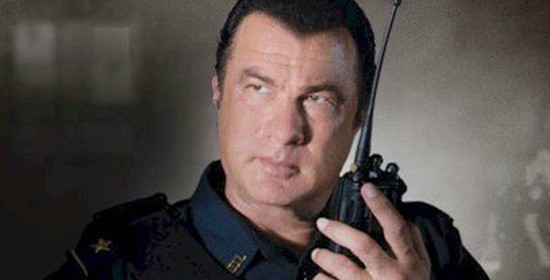 Beware the fake martial artists… So I’ve been putting this off for awhile, but due to recent audacity of some I feel it’s important to point out. While due to the creation of MMA & the UFC many fakes were exposed and put out, some have managed to slip under the radar. Fakes still exist all over in your neighborhood or on the internet, with many prominent in low income areas taking advantage of those in need most. These people come in all shapes and sizes, many own their own schools. Using martial arts they created, and in some cases pretending to be experts in already well established arts, these people can be found every where even in movies. This one clown Darren Holmquist I’ve had a few encounters with fooled directors and producers into hiring him as a “stuntman extra” and at one point tricked his way in to teaching kids self defense… I’m sure I don’t need to explain why a fake around kids is a potential for disaster.

How do I tell someone is fake? Associations, tournaments, & schools often keep records, any modern martial artist should be able to track their career using on of these options. Here on JMA You can find the dojo from which John Murray trains at under his friends sections, and his records can be found under his bio in “about me”. The reason for doing this is so we maintain trust and transparency at all times.

What can I do? Expose those who take advantage of the ignorant, and don’t be silent. These types rely on your silence to worm their way into communities, it is the job of legit martial artists to make sure people are aware of what’s going on and what works and what doesn’t. You can do this by breaking down flawed techniques, issuing constructive challenge matches, or in some case just share shit that seems off. Stopping these people should be a top priority for the entire community, when one of these people does some fucked up shit it ends up reflecting on everyone equally ruining everyone’s reputation. There are any number of things we can do, but doing nothing is the most problematic. God knows we don’t need another Seagal, Dux, or Holmquist running around.

The Bronx 10 mile is the largest 10 mile race in the country, with over 11,000 runners from across the world. The event takes place in the beautiful heritage field directly across from Yankee stadium with sections of the event set up under the concourse subway terminal. While the race start is actually two blocks

Gretes Great Gallop is another legacy race to memorialize Grete, another influential Runner who left a lasting impact on New York Road Runners through her achievements and charitable donations. Grete is also a 5-time winner of the NYC 10k Mini, which the Central Park course for the day is designed after. The money raised from

During my time planning for my 7th New York City race, GRETE’S GREAT GALLOP, I had found out about this seminar that was going to happen at Unity BJJ in Manhattan the evening after my race, so obviously I had to go! The seminar was a donation based event with a suggested amount of $120

Thank You for joining us

Thank You for joining us at jmurrayathletics.com, your support is appreciated! JMA is dedicated to bringing you honest reviews of the latest and hottest products, helpful tips and tricks, and some news littered in! If you feel we have gotten something wrong or should be doing an article on a topic, please feel free to reach out to us!